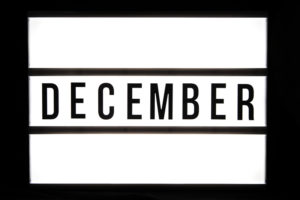 At this stage have to agree that fixing the existing is better than chasing some new one. The second why is always more attractive because of it illusion. While the first one is the way to develop (as we’re talking about the SelfieElate mobile app with its functionality for selfie enthusiasts and influencers).

So, no matter what but we’ll stay now on having its existing version developed until that really won’t make sense anymore so some totally new version (not a ‘facelift’) of it will be needed and will become the only way.

By-now that our tested one is more than enough to keep on going, keep on moving.

The saddest thing is only in our presumption that the version and state won’t be acceptable for users who are not tech geeks so do not tolerate errors and bugs in using apps and getting into so start enjoying as we want you to.

This website uses cookies to improve your experience while you navigate through the website. Out of these, the cookies that are categorized as necessary are stored on your browser as they are essential for the working of basic functionalities of the website. We also use third-party cookies that help us analyze and understand how you use this website. These cookies will be stored in your browser only with your consent. You also have the option to opt-out of these cookies. But opting out of some of these cookies may affect your browsing experience.
Necessary Always Enabled
Necessary cookies are absolutely essential for the website to function properly. This category only includes cookies that ensures basic functionalities and security features of the website. These cookies do not store any personal information.
Non-necessary
Any cookies that may not be particularly necessary for the website to function and is used specifically to collect user personal data via analytics, ads, other embedded contents are termed as non-necessary cookies. It is mandatory to procure user consent prior to running these cookies on your website.
SAVE & ACCEPT